One of the down sides to doing armies or larger skirmish factions rather than the individual figures of a small scale skirmish game is that you find yourself painting very similar stuff for an extended period of time.  Its not quite as bad as when painting a larger wargame army, such as the ancient greek (spartan) army I painted last year which comprised of 200 figures and most of them were hoplites, but now that I am plotting my progress on this blog it can lead to some similar posts!  This is something that I am going to have to keep in mind during the remainder of this middle earth madness!
This post sees the last of my riders of Rohan for a while, at least non character models which is all I have left for these.  As I suspected being back at school has slowed down my painting progress and although I have managed to complete 6 more models, some of the work was completed while I was still on holiday, leaving only a few bits to do to finish off.
On a happy note, my order of new paints and models came through yesterday, so as well as having more figures to paint, I also have some more static grass with which to finish the bases.
So here are the first 3 riders, again grouped by shield colours.  I am still not convinced by the horses being balanced on one leg as this does lead to the occasionally droopy pose but these are not too bad. 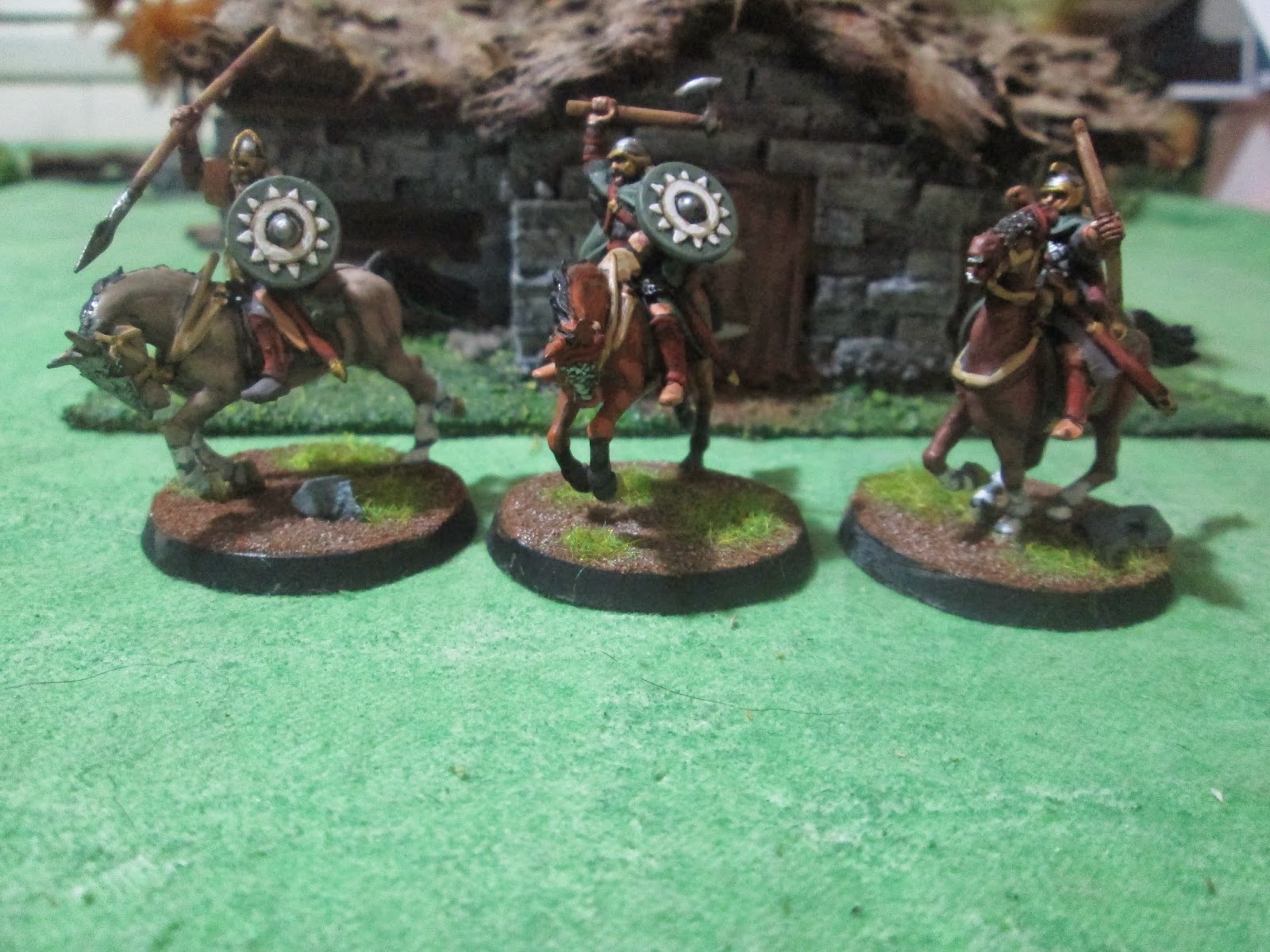 I have tried to vary the colours of the horses as much as possible while still retaining the benefits of group painting. 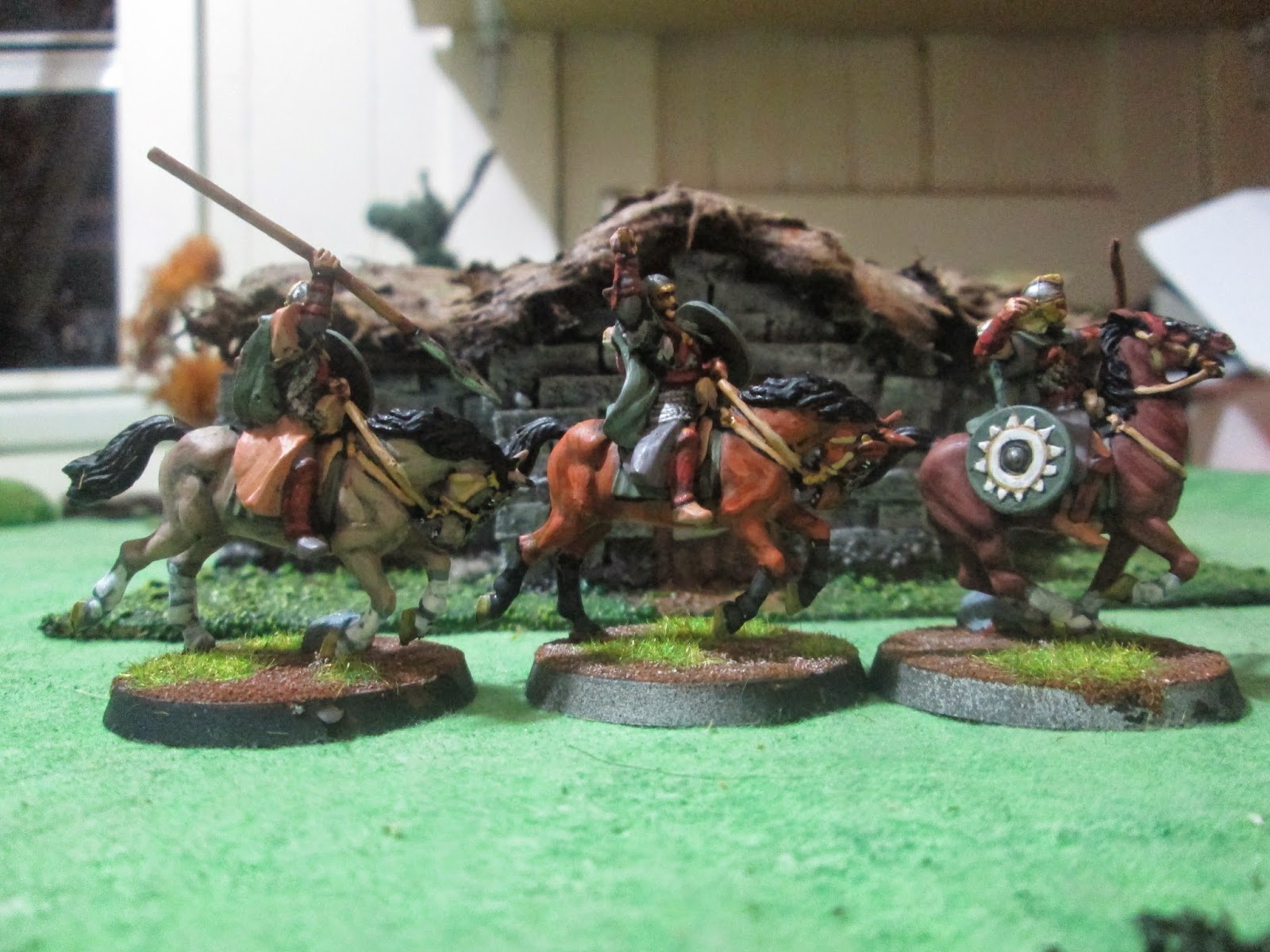 The final group of riders, again grouped by shield colours. 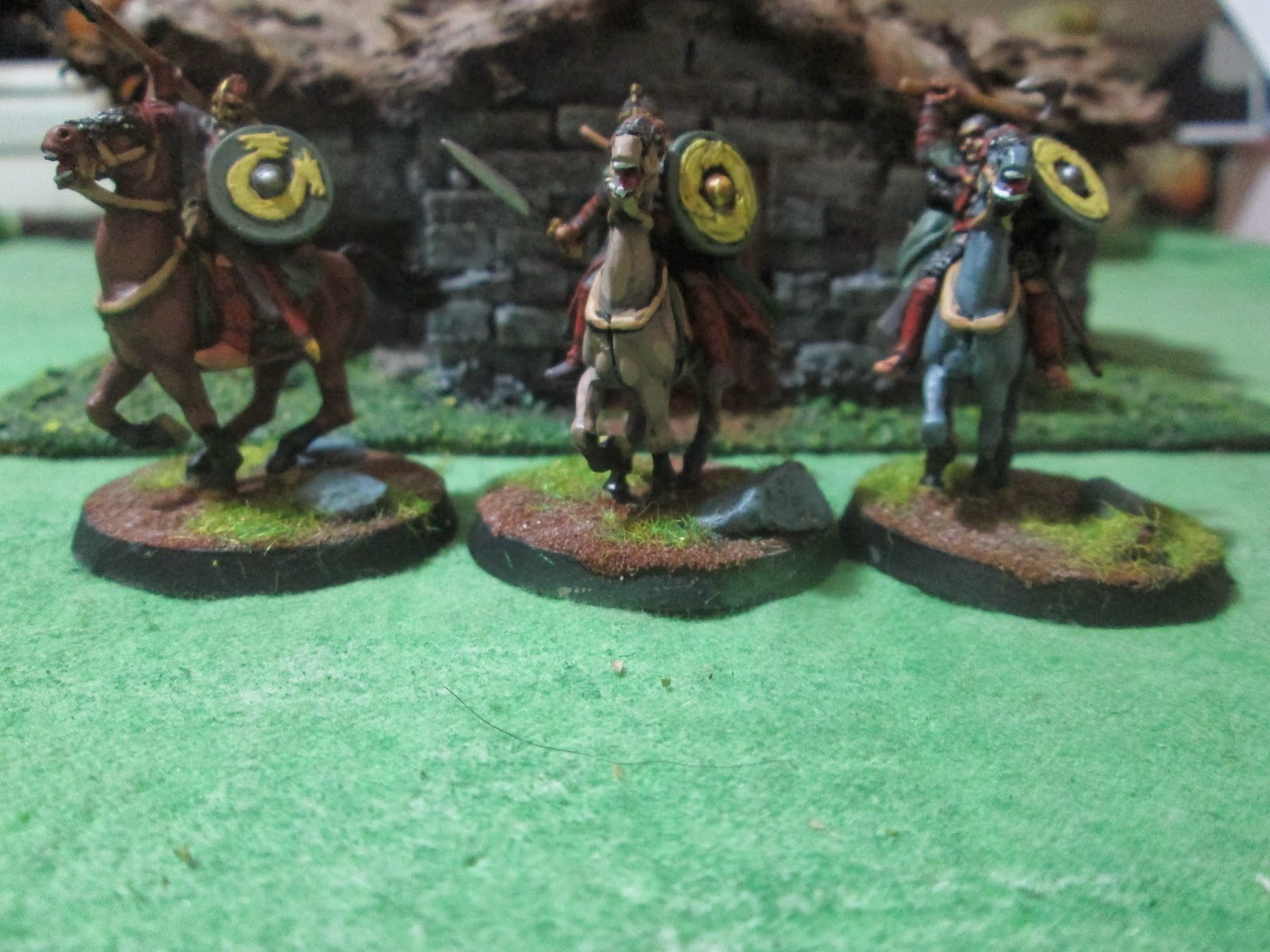 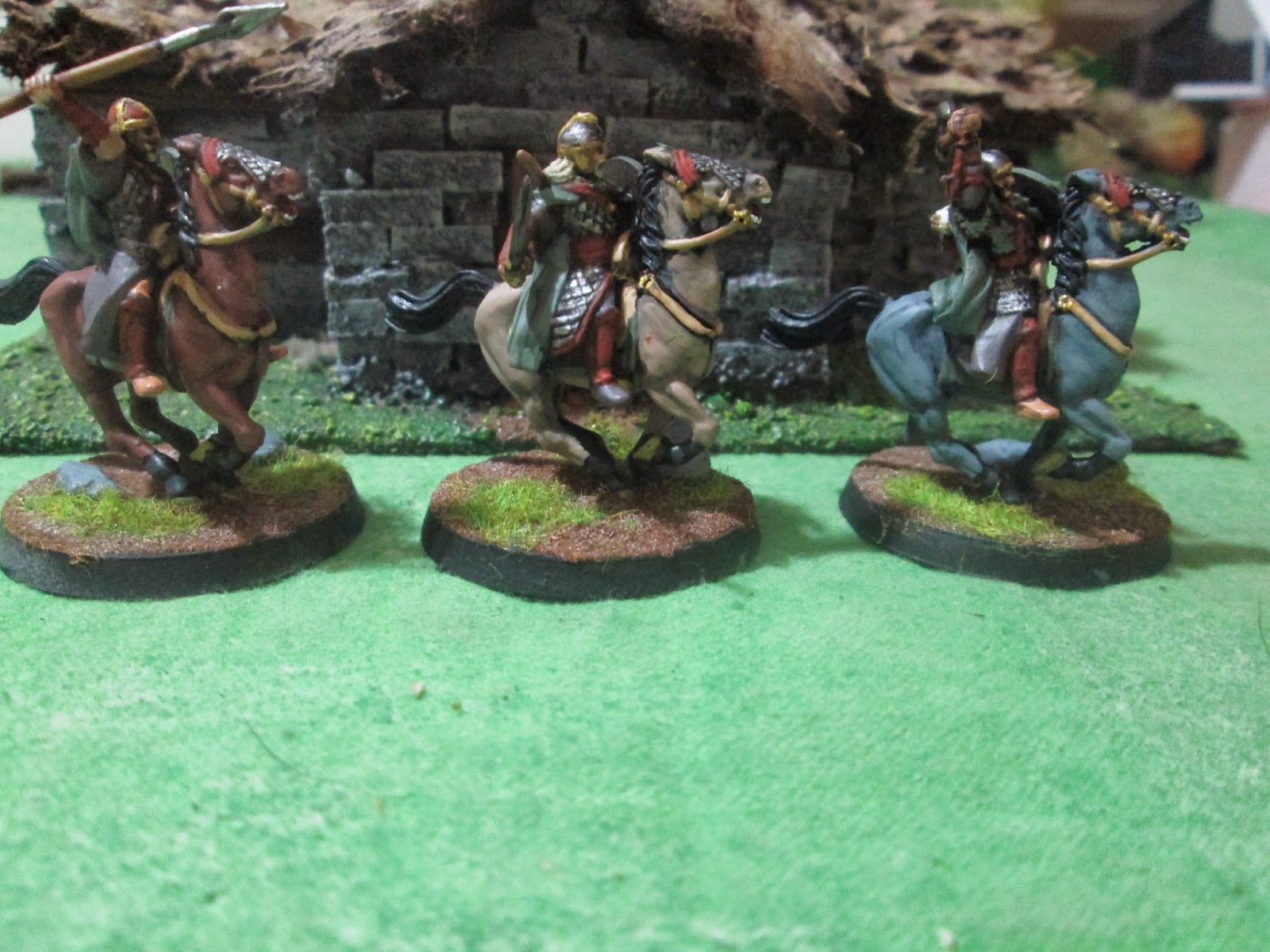 A group shot of the final six riders. 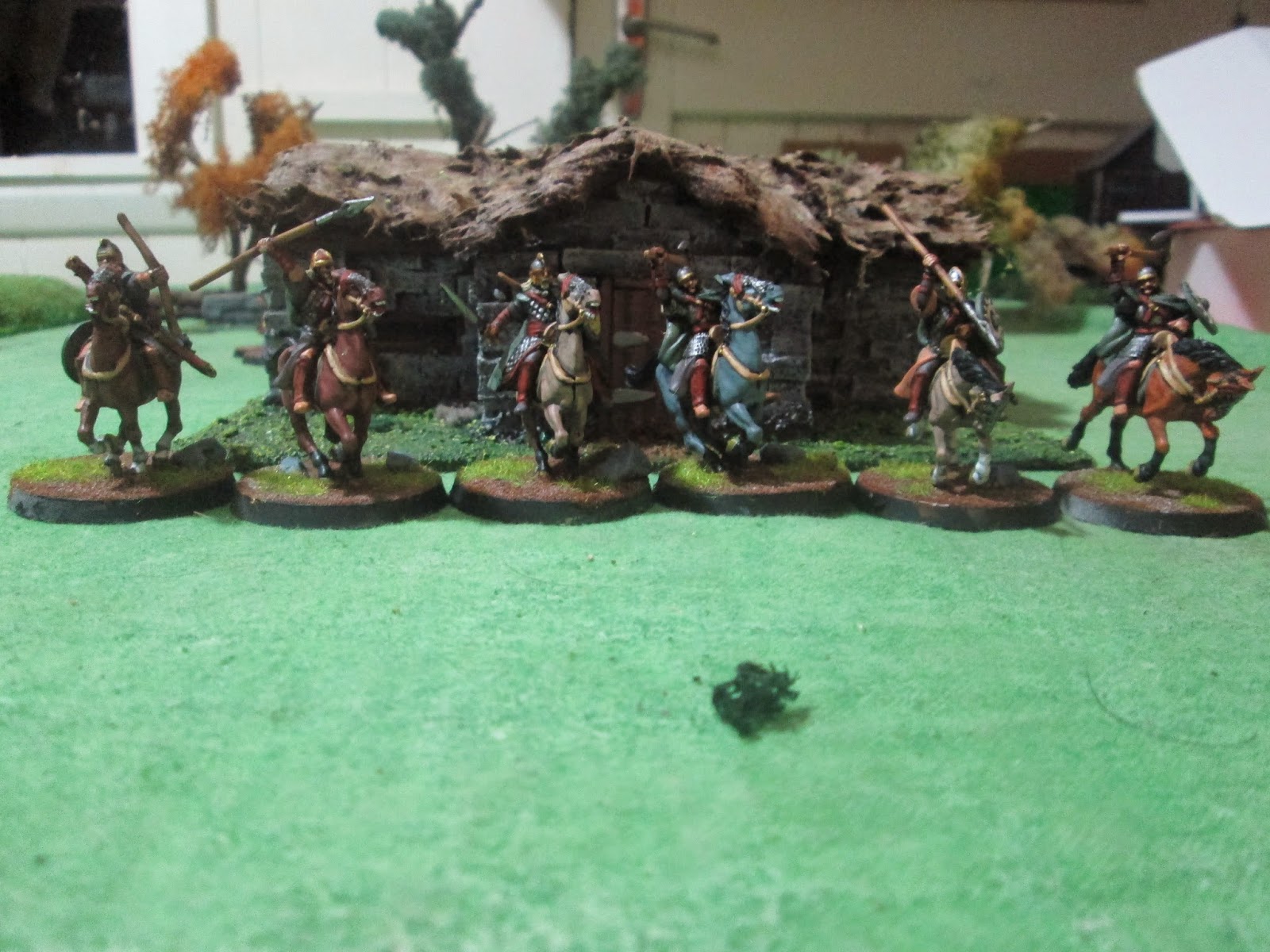 And all 15 mounted warriors of Rohan.  I am not sure whether I will paint more.  Part of me thinks that this is not enough for the games I have in mind but until I actually start playing with them, 15 is more than enough! 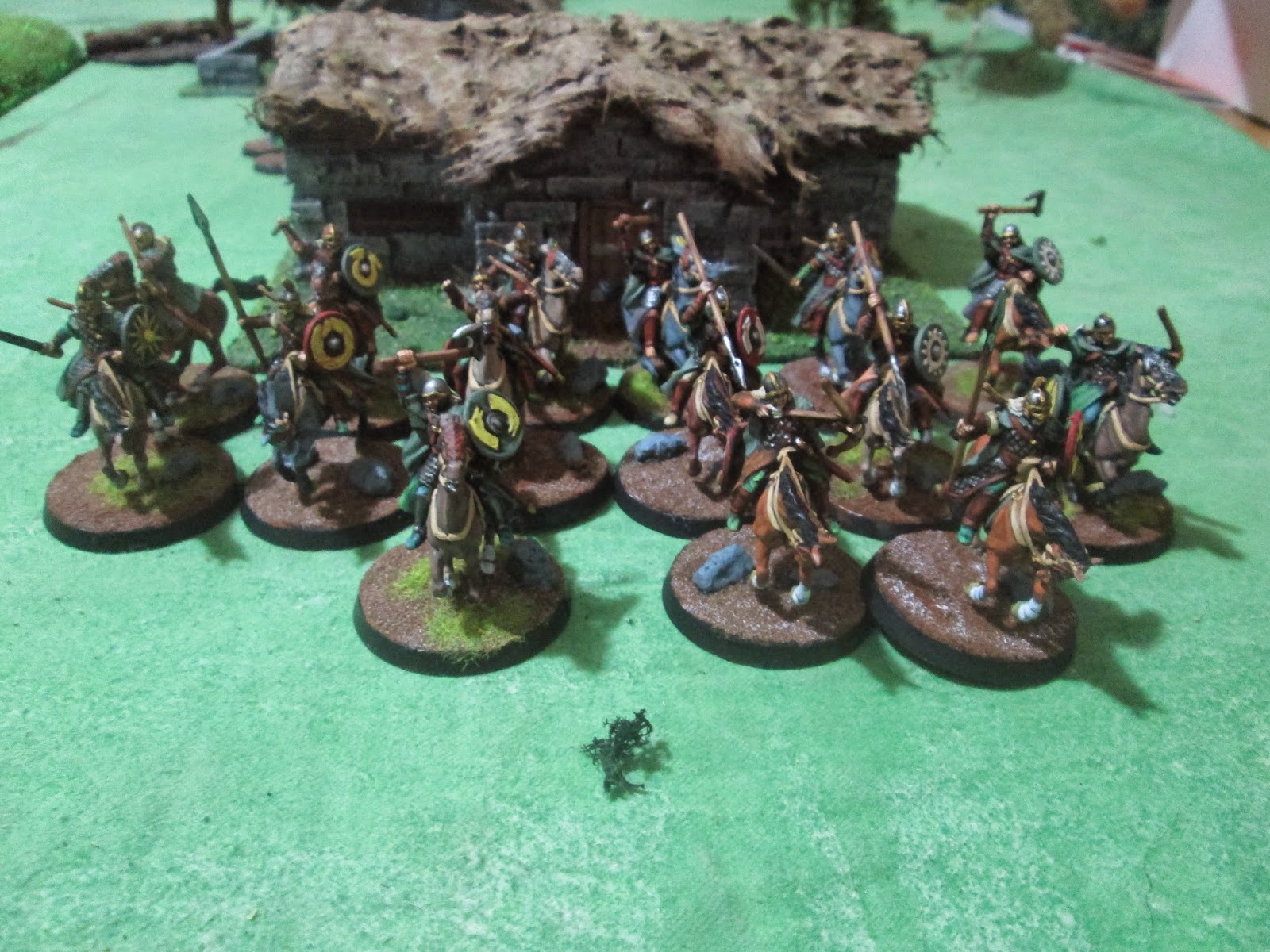 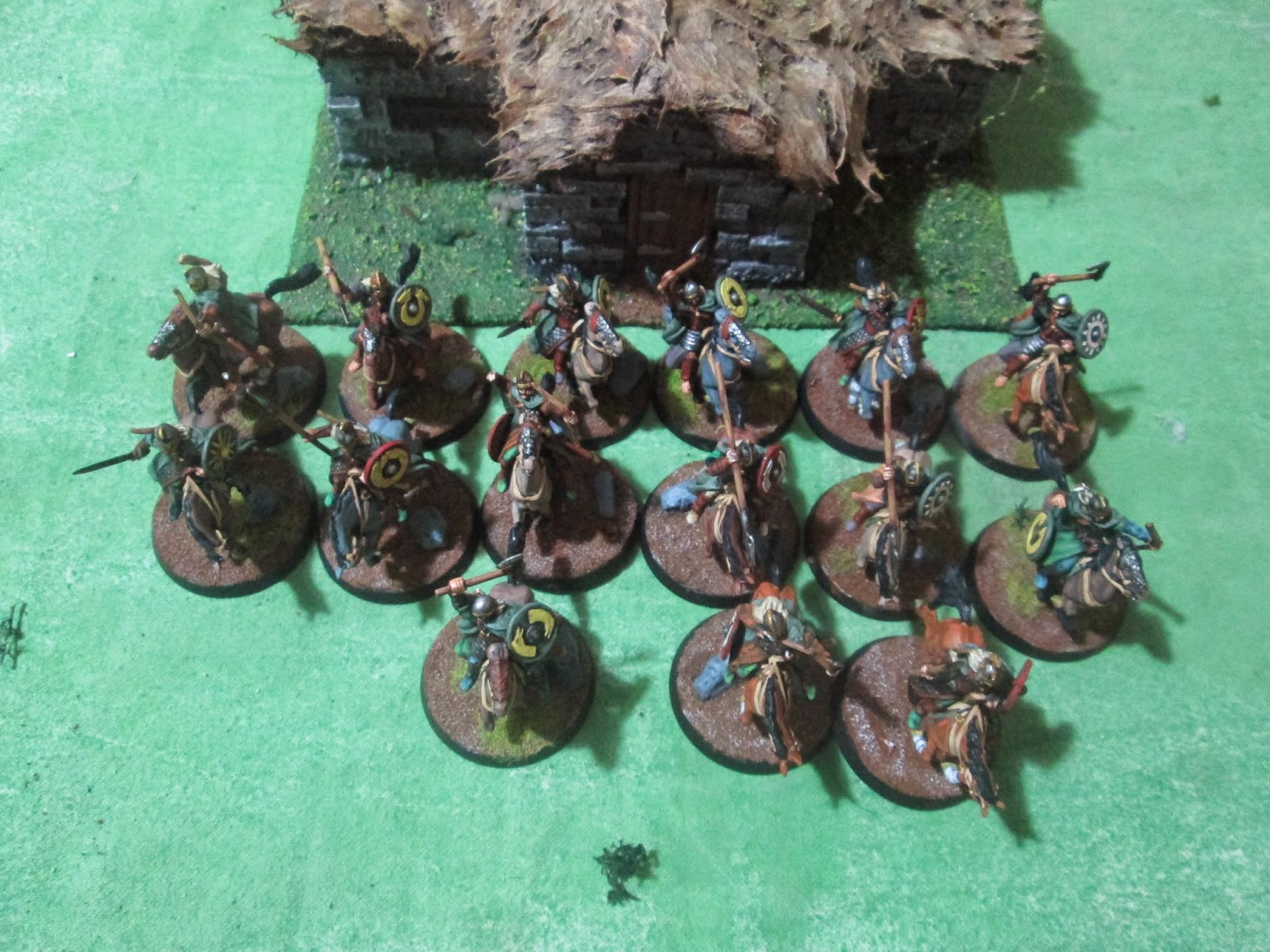 My target for the remainder of the week is to finish the basing of all of the figures that have been painted over the last two weeks.  After that, hopefully a few more figures - probably Uruk Hai but possibly moria goblins or even the wargs I received in my parcel!

cwheeler
I am a 40 something, almost a 50 something Englishman living in NZ. Happily married with a young daughter and a grown up son. Like many gamers I suffer from wargamers magpie syndrome, much to my own frustration at times. still, this is never a boring hobby!